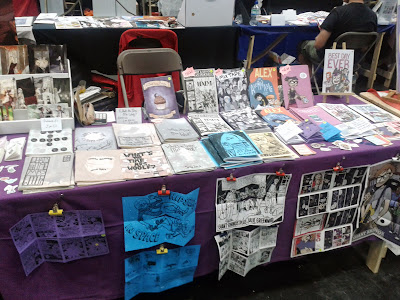 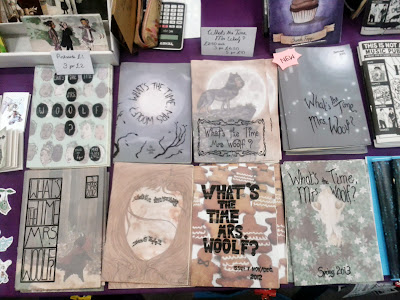 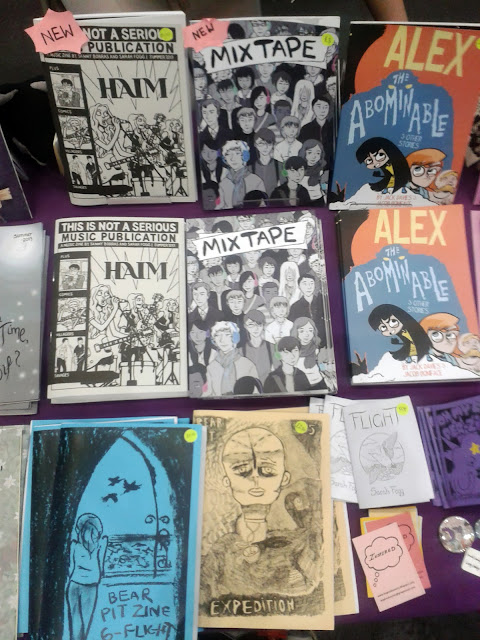 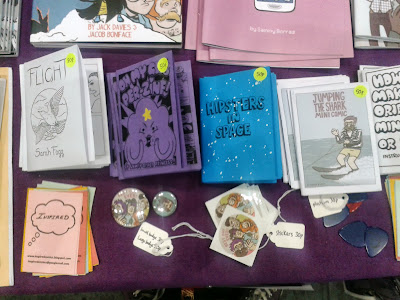 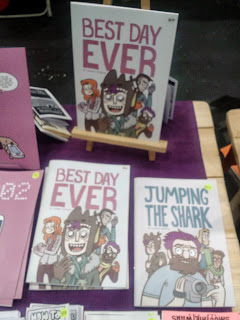 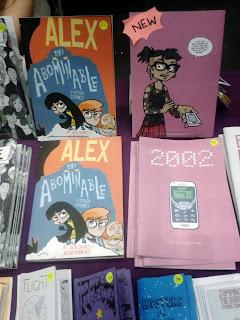 I had a great time on the Inspired Comics table with Sarah Fogg and Jack Davies at Manchester MCM Expo last weekend. We had a couple of new comics on the table which was exciting, including my new short story comic 2002 and the music zine Sarah and I finished this month.

If you missed out on attending the event - we have most the items on sale online through Etsy
The next event Inspired Comics  have confirmed a table at is London MCM Expo in October. It's a big event, but you'll be able to find us in the Comics Village by looking up at the posters in the halls. Hopefully we can confirm some other events in the autumn over the summer.
Posted by Sammy Borras at 08:12