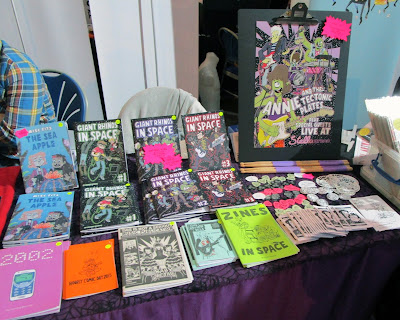 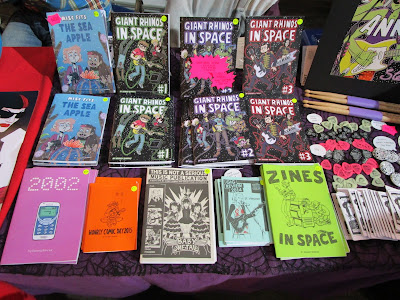 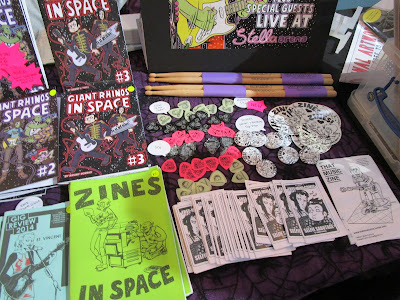 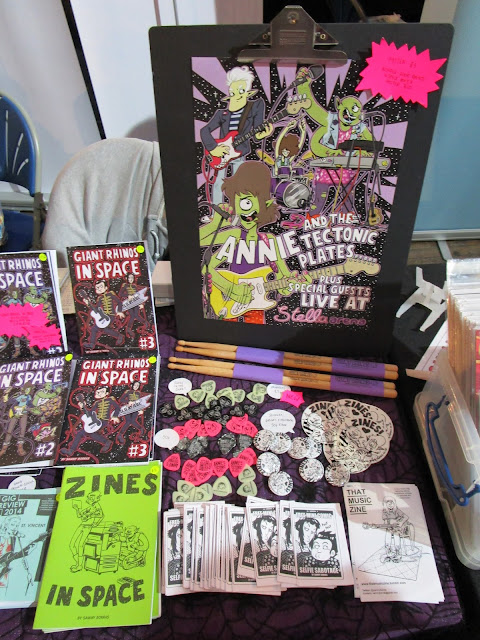 I booked a last minute table at Leamington Comic Con. Thank you to everyone who came by and bought comics yesterday! The show was busier than I was expecting and I had a great time chatting about Barreleye fish and music zines.

Sorry about being away from the table towards the end of the day - I was filling in for Matthew Craig on a small press panel with Rees Finlay, Stu Perrins and Neil Sambrook with questions from Olly MacNamee.

My next event will be London MCM Comic Con. You’ll be able to find table CG11 in the Comic Village. Maps will be available in the show guide at the event or online. (I’ll tweet some directions on Friday morning @sammyborras) I will be taking all the stock in the photos, plus a folder of original ink drawings and hopefully some brand new group anthologies and badges if they arrive in time. There will be plenty of free mini comics to hand out - the secret password is ‘do you have a business card?’ and I will hand you a little comic instead!

My table neighbours at MCM will be Ryuuza/Giuseppa Barresi, creator of the Farsight & Soulsnatchers comics - she does great portrait commissions at conventions! I will also be next to Tomb Bomb comics who are currently running a Kickstarter campaign for the Horror Anthology, Bomb Scares, which ends in the next couple of days.

If you can’t get to London I have a list of events in the sidebar and a Etsy shop for online orders.

Thanks! See you there!
Posted by Sammy Borras at 18:26